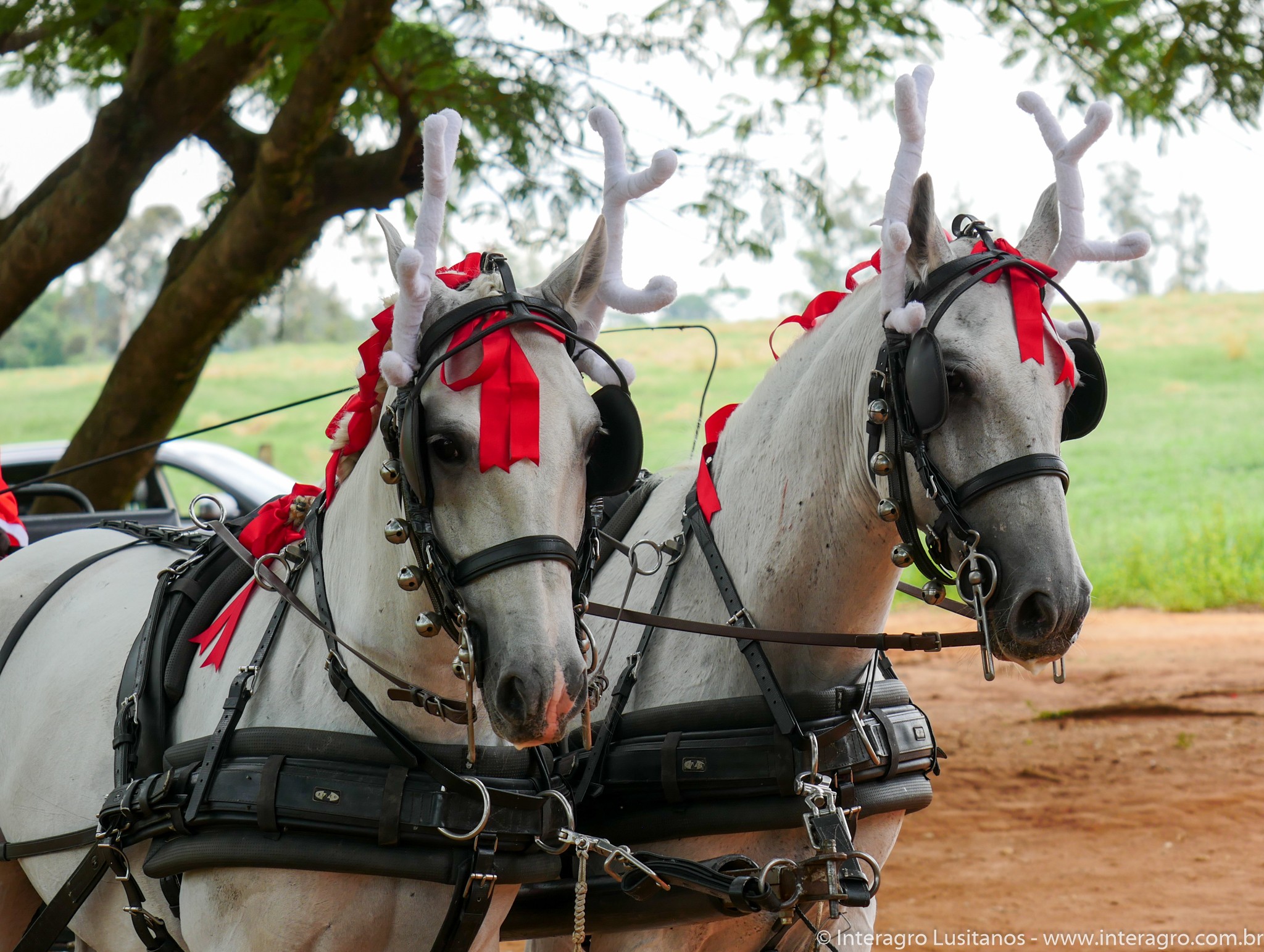 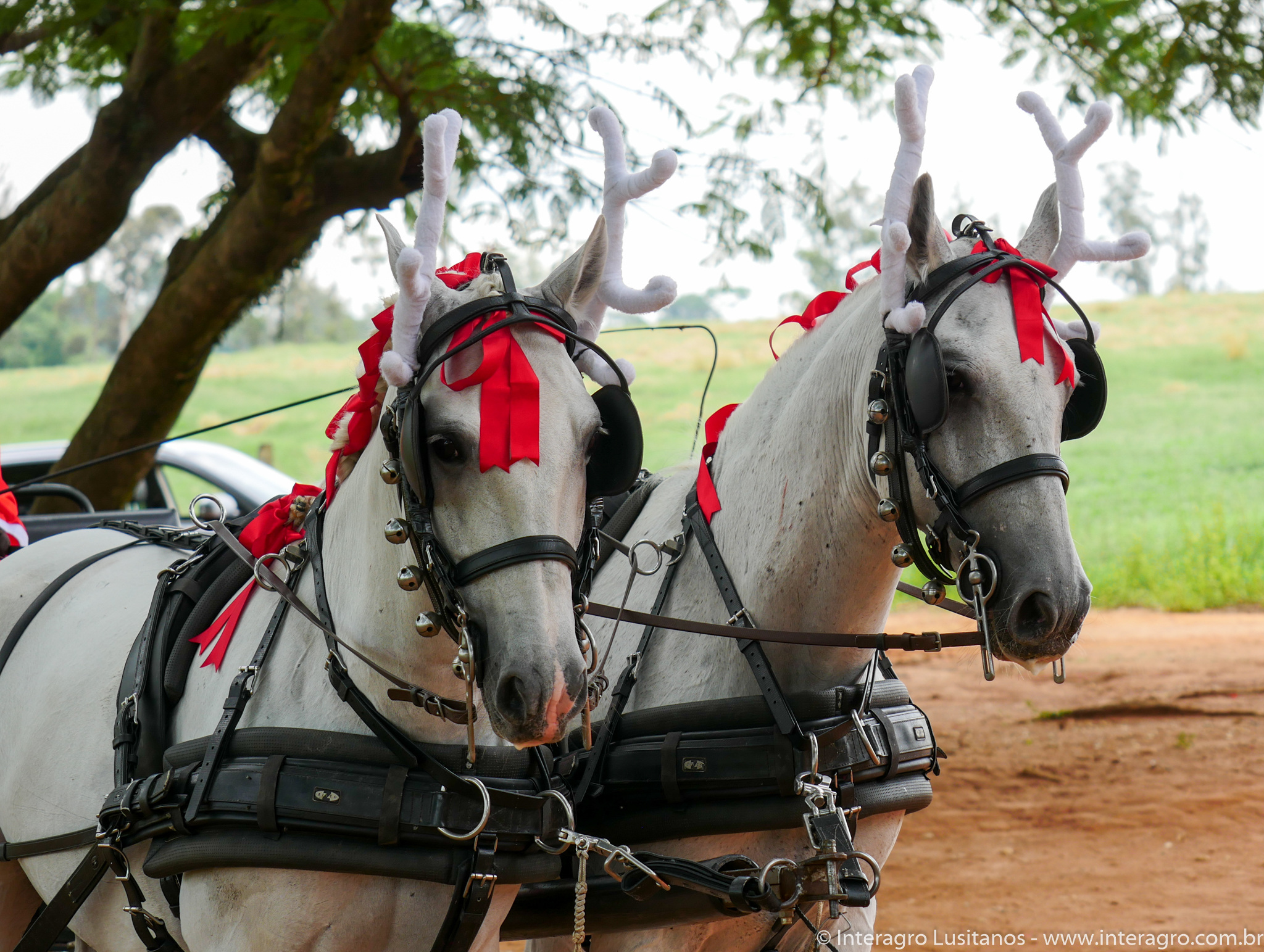 Driving was once again present in the traditional delivery of Christmas souvenirs to the children on the farm. This year, held on December 23, with the debut of the favorite pair of Lusitanos of the Andrade lineage: Damasceno and Diligente Interagro, duly characterized as “Rudolph” by the talented hands of Antonio Souza, our eternal Santa Claus. Accompanied by Mama Noel (Rafaela), goblin Sophia Brito and honor helper Jolie. 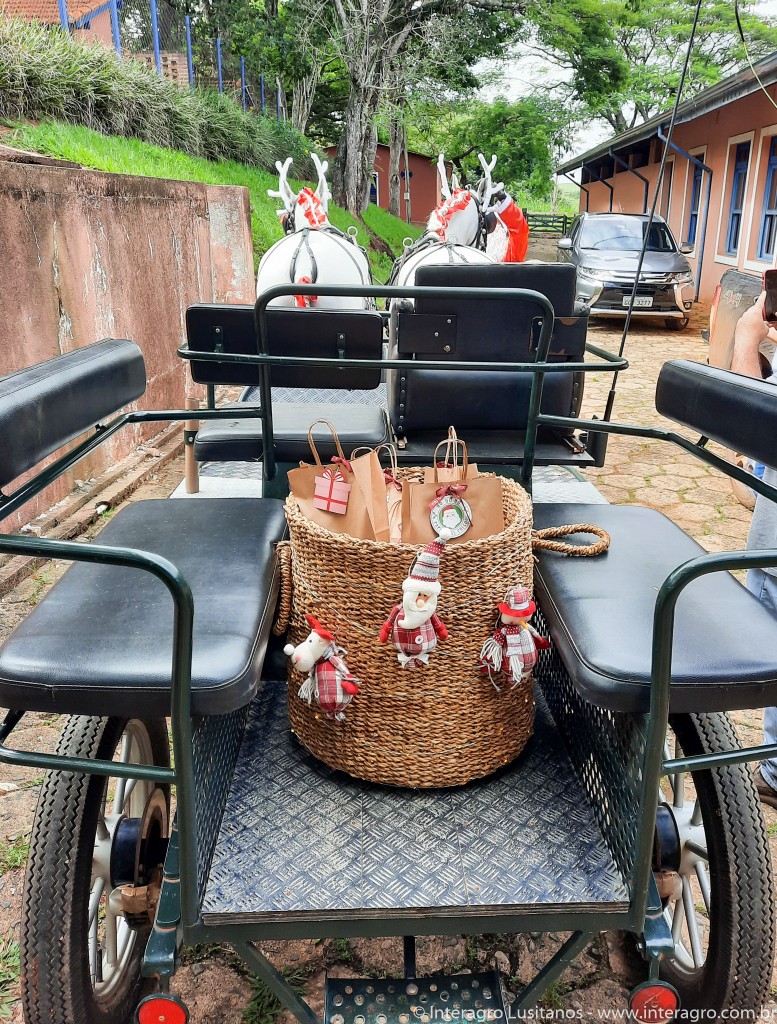 Driving carriage’s trip with Santa Claus from home and home was played by Quebracho Interagro until 2017. Demócrito and Cagliostro Interagro took charge of 2017 and 2020, and in 2021 the favorite greys entered the scene!

See photos of previous celebrations in Facebook albums: Christmas 2020 and 2009 to 2015

Remember the participation of Interagro Lusitanos in tests and Christmas celebrations in: 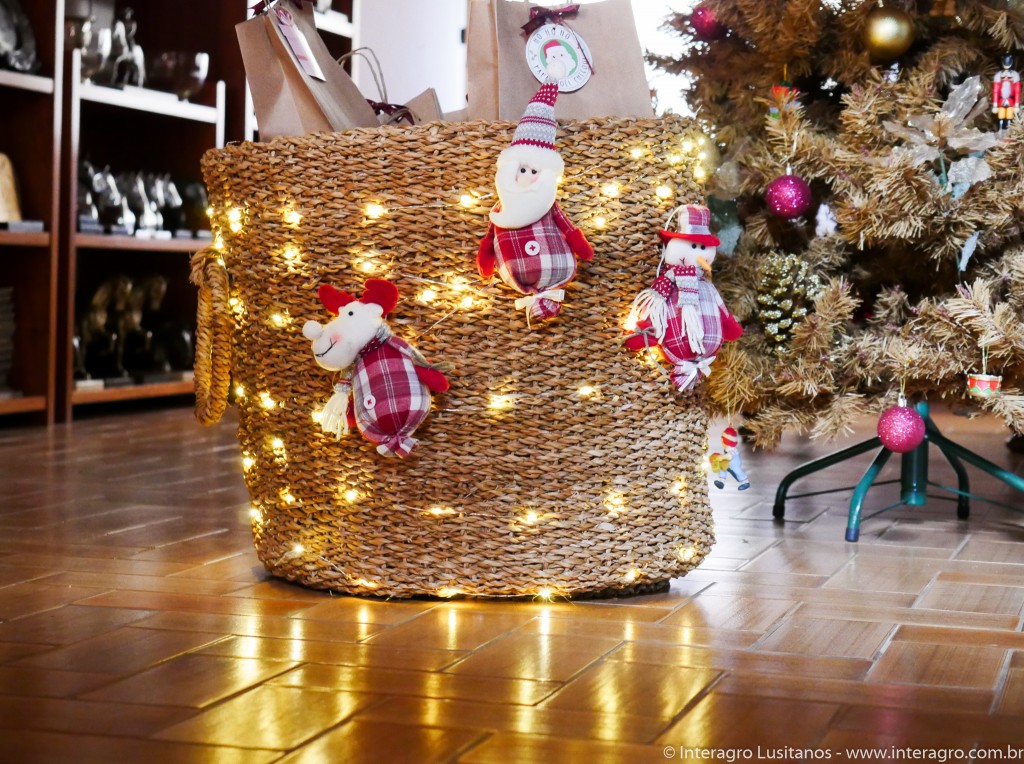 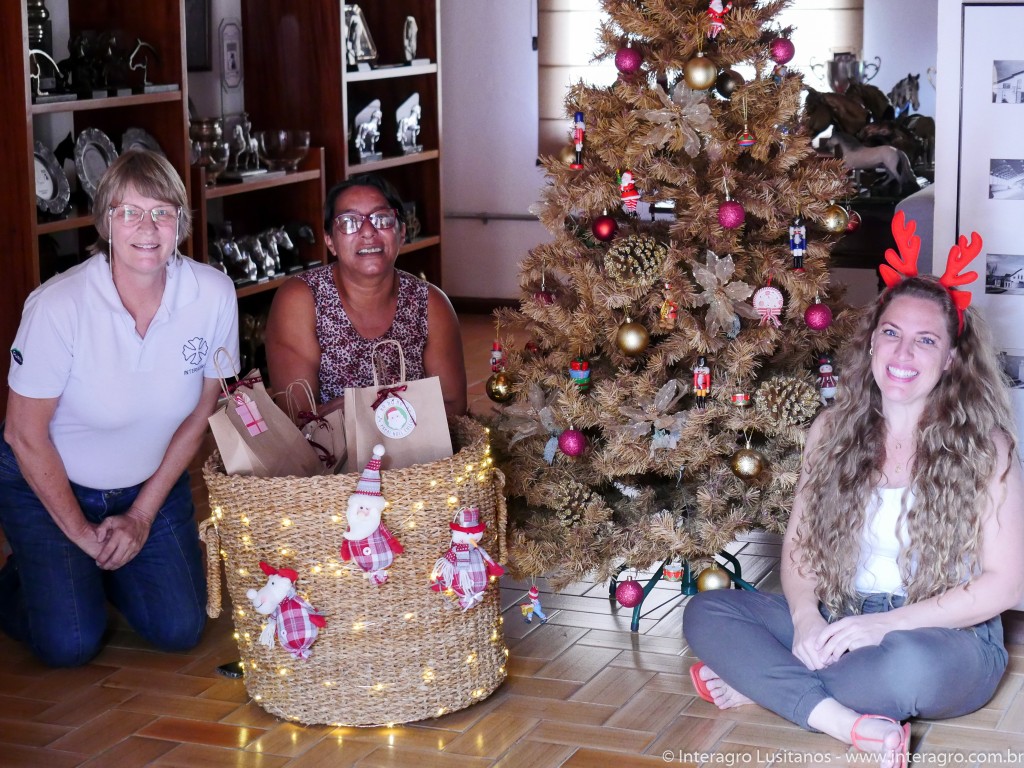 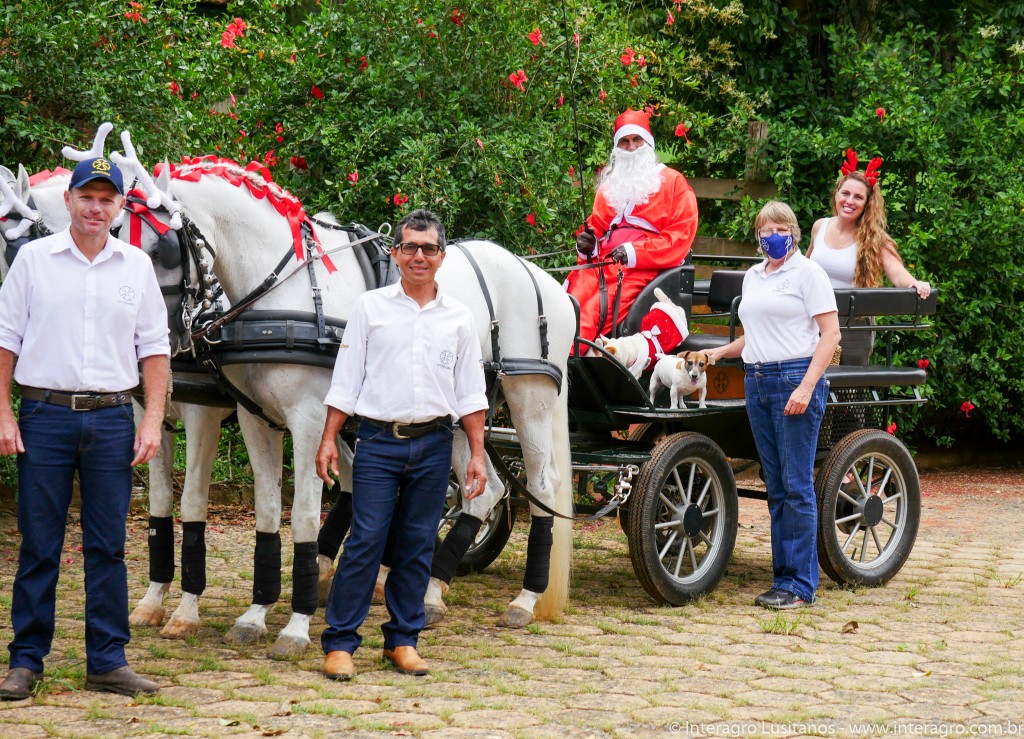