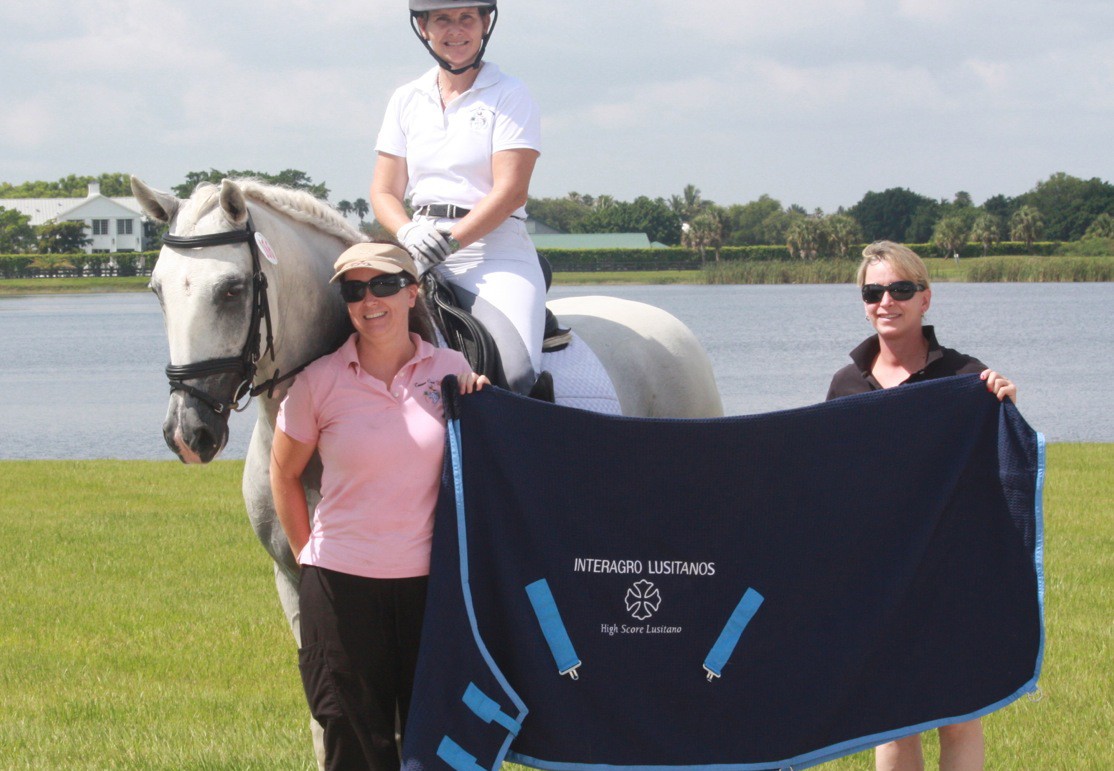 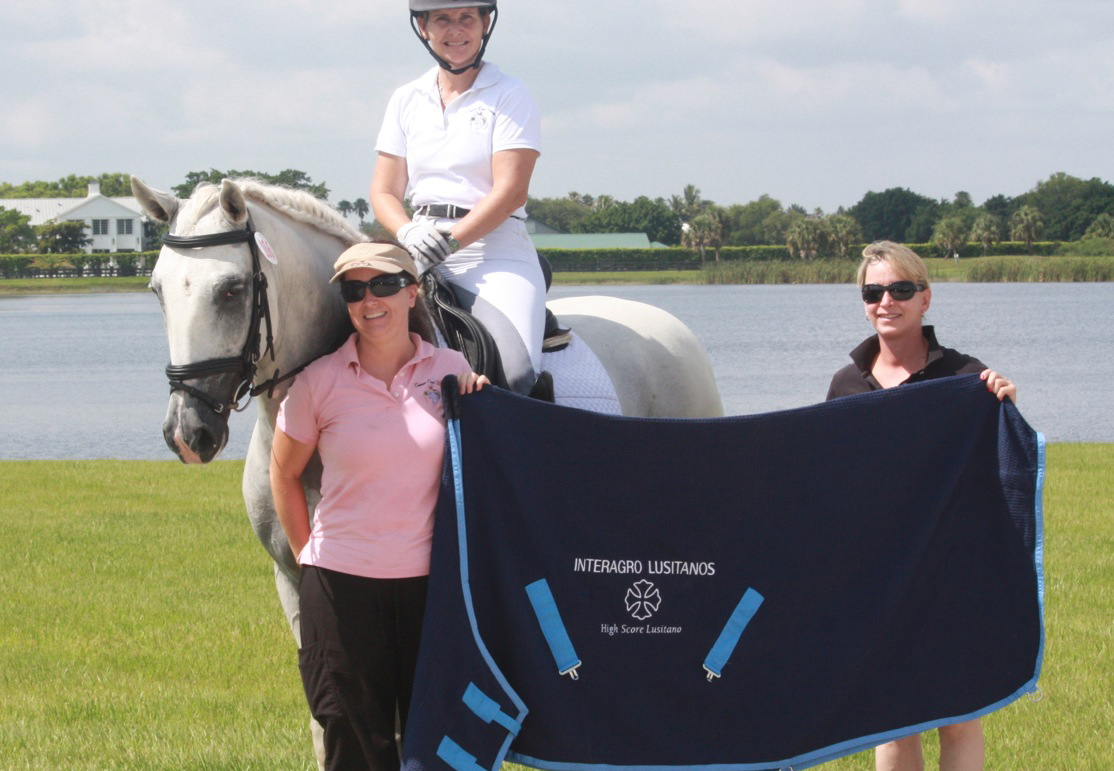 Wellington, FL (June 25, 2013) – Heather Bender had a great reason to be in a great mood at the Gold Coast Summer Solstice show, where she was awarded a 69.524% from FEI “I” and USEF “S” judge Natalie Lamping. The score put her and Bombadil Interagro a decisive nine points ahead of Jean Nix and Knickerbacher to win USEF Second Level Test 3 and the Interagro Lusitanos High Score Award at the a Great American/USDF Qualifying competition, which was held June 15-16, at Palm Beach Equine Sports Complex in Wellington, FL.

The USDF Bronze, Silver and Gold medalist and 2000 U.S. representative at Aachen in the Young Horse World Championships was thrilled with the win. In true only-at-a-horse-show style, Bombadil, owned by Melanie Truman of Stewart, FL, arrived earlier in the week with perfect timing for the show… and arrival of an abscess. “He was three-legged. We went to work soaking and packing with epsom salt and, thanks also to the fabulous footing here at the Complex, the vet cleared us and we were off!”

Bender credits the 16-hand powerhouse’s strong rebound (and strong hooves) to life as a foal along the naturally rugged hillsides of Brazil, where Interagro Lusitanos leaves its broodmares barefoot and youngsters gallop up and down, building strong hooves and bone, from sunrise to sunset.

What’s next on the horizon for a horse named after such legendary fighter aircraft as the bombardier? Third level, of course. “It will be good for him. He was doing his first shows in January. He’s already doing single changes.

“It pays off,” said Bender, “to let a horse live in as natural a setting as we can offer. There are lakes in those pastures and Interagro foals are good in water. They’re not afraid, they play and roll in it every chance they get.” Interagro Lusitanos have gained a reputation as being an elite choice among international equestrians. Their annual Interagro Collection National Auction will be held this year on August 31, 2013 in Itapira, Brazil. Interagro expects around 500 spectators, many of which visit from the United States and abroad. Last year, international buyers purchased 9 of the 12 adult Lusitano horses presented at the auction.

The Interagro horse is a modern Lusitano, a horse that excels in the traditional equestrian disciplines, from dressage and driving to jumping and working equitation. Interagro horses can be seen driving, working, and training on the farm in Brazil every day. Interagro is committed to preserving the pure bloodlines of the Lusitano breed, and Interagro bloodlines include some of the most respected bloodlines in the breed such as Farao (JHC), Nirvana Interagro, Ofensor (MV), Xique-Xique (CI) and Yacht (SA).

For more information about Interagro Lusitanos, visit their website at www.lusitano-interagro.com.

Founded in 1975 by Dr. Paulo Gavião Gonzaga to preserve the Lusitano breed, Interagro Lusitanos is now recognized as the world’s largest breeder and exporter of Lusitano horses. Dr. Gonzaga started with a small band of four mares and one stallion imported to Brazil from the breed’s native Portugal; to date over 600 horses populate the 1200-acre ranch outside São Paulo. Today, Cecilia Gonzaga manages the farm and operations. Interagro Lusitanos are handled, prepared, and evaluated from birth, with a handful of the best stock presented at auction each year.