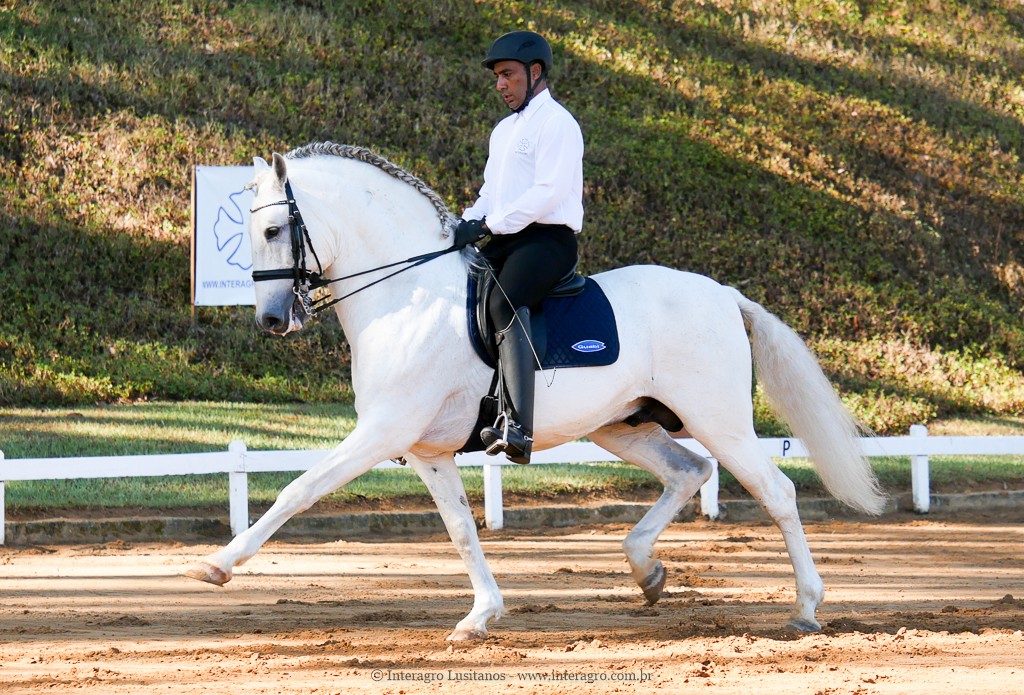 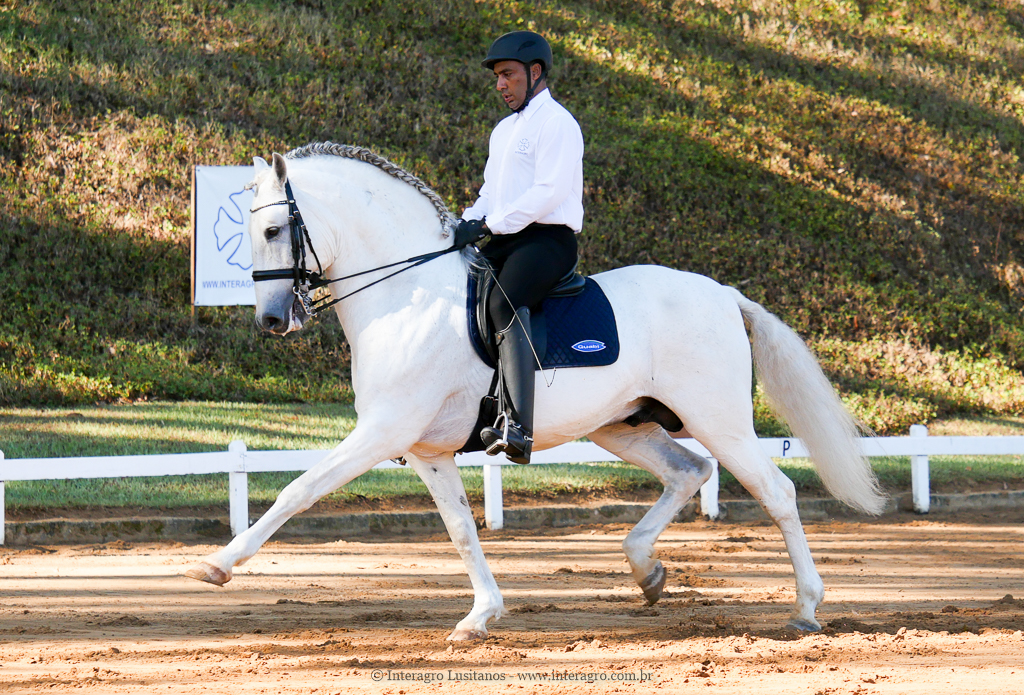 Itapira, SP, Brazil (August 11, 2019) – International caliber Lusitano dressage competitors came under the watchful eye of FEI 4* Judge Claudia Mesquita during the 2nd Interagro Dressage Ranking of 2019, held on July 31. With the backdrop of Interagro’s 1,300 acre stud farm and training facility, Ms. Mesquita delivered her scores and comments to Interagro’s 3 riders and 11 horses, which represented both young horses from Interagro’s H, I, and L Generations as well as established FEI competitors and breeding stallions. Interagro’s head trainer, Martina Brandes, also oversaw the combinations’ preparations and training leading into the ranking. 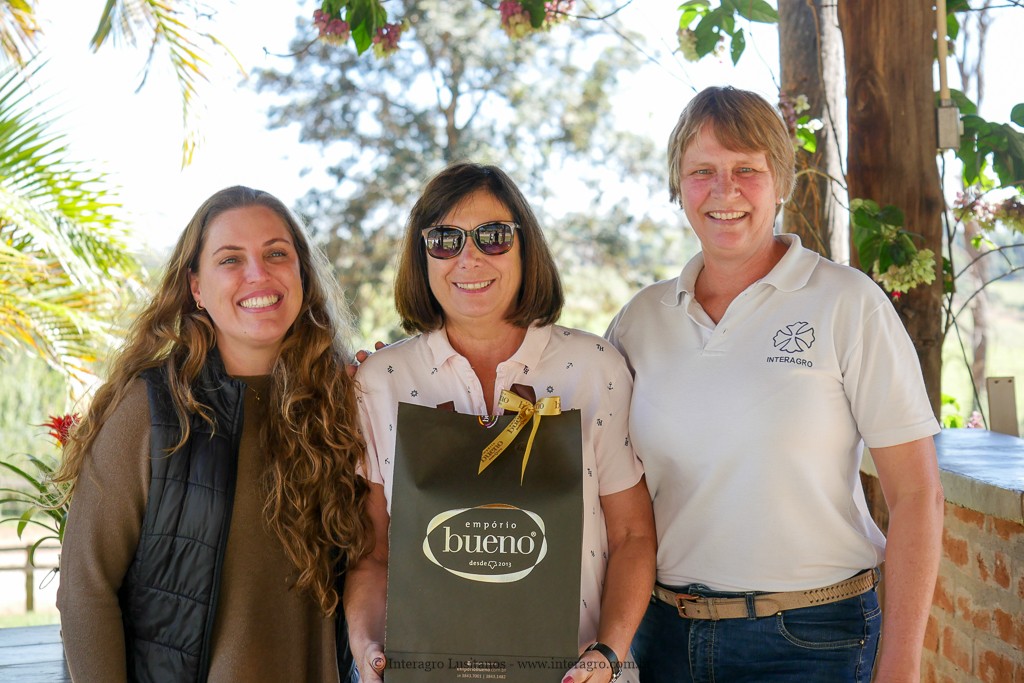 Moving up the levels and up the generations, coming 7-year-old Ímpio Interagro and Alexandre Souza conquered Third Level, demonstrating the bay gelding’s balance and impulsion. Edmar Brito and the exceptionally modern Hanibal Interagro took the win at Fourth Level. Hanibal’s elegance, height, active hindleg, and freedom of the shoulder, as well as his exceptional bloodlines, have made him one of Interagro’s top breeding stallions.

At the FEI level, a number of Interagro’s internationally successful competitors who also double as top producing breeding stallions put hoof to dressage arena. Edmar Brito rode stallions Zíngaro Interagro, Empreiteiro Interagro, and Fellini Interagro to 1st, 2nd, and 3rd in the Small Tour (Prix St. Georges) in a showcase of Interagro’s breeding and competitive talent. Zingaro, a stunning black stallion with presence and a willing, unflappable temperament, is one of Interagro’s most important and influential studs as well as a top competitor in dressage and working equitation. Empreiteiro’s talent for collection, easy-going attitude, and enjoyment of his work has been evident during each of Interagro’s Rankings. Finally Fellini Interagro, who debuted internationally in the Small Tour at the 2018 Global Dressage Festival in Wellington, Florida, represents a blending of two of the most proven and decorated dressage bloodlines in Interagro’s breeding program (Nirvana Interagro x Ofensor MV).

To cap off the FEI levels during the 2nd Ranking, Johnny Miranda rode Zepelim Interagro to the win in the Medium Tour / Intermediare A. Zepelim, who competed in the Medium and Large Tour during the 2016 and 2018 Global Dressage Festival and is a highly decorated Brazilian competitor, is a Grand Prix level stallion who epitomizes all the presence, movement, temperament, and rideability that has defined Interagro’s breeding program.

All photos courtesy of Interagro Lusitanos unless otherwise noted.