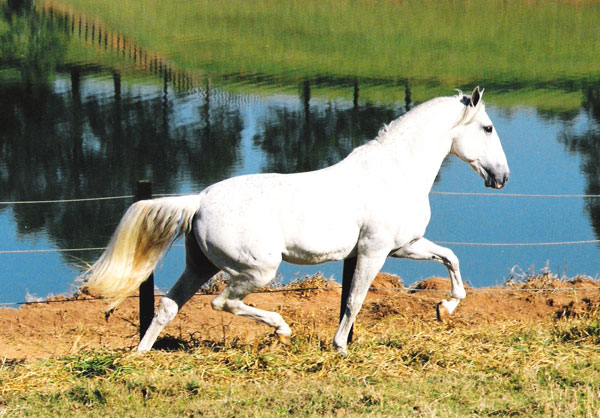 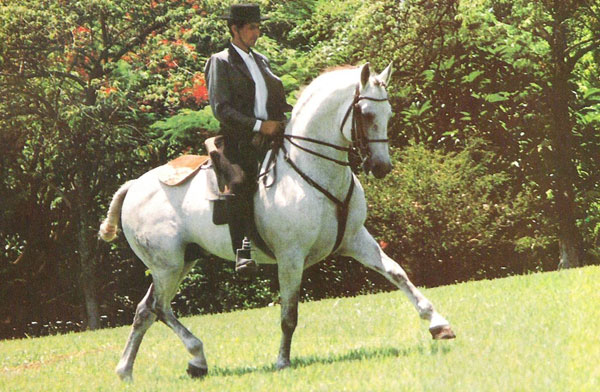 Yacht (SA).
This picture of the Andrade stallion was used in the logo of Brazil’s Horse Business Magazine. Photo: Alvaro Maya

Xique-Xique, of the Veiga bloodline bearing the Quina brand was one of the most important stallions in the formation of Interagro’s breeding stock. Among his numerous notable offspring is Maverick Interagro, out of Vardasca, who was the first full Veiga stallion to be born and bred in Brazil.  Xique-Xique is also the sire of a young Lusitano stallion, Montezuma do Mirantewho is currently in training in the United States with Grand Prix rider Silke Rembacz and successfully competing at 3rd and 4th Level dressage.

Tuim (CN). Photo: Álvaro Maya.
Tuim, a CN stallion at Interagro has impressive breeding. His sire, Innato (DLR) has produced offspring, highly respected at the most traditional Portuguese stud farms and his dam, Maquineta, was twice a granddaughter of the very famous dam Hucharia(CN) – one of the six “Leading Line Champions” in the Lusitano breeding. 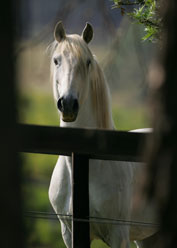