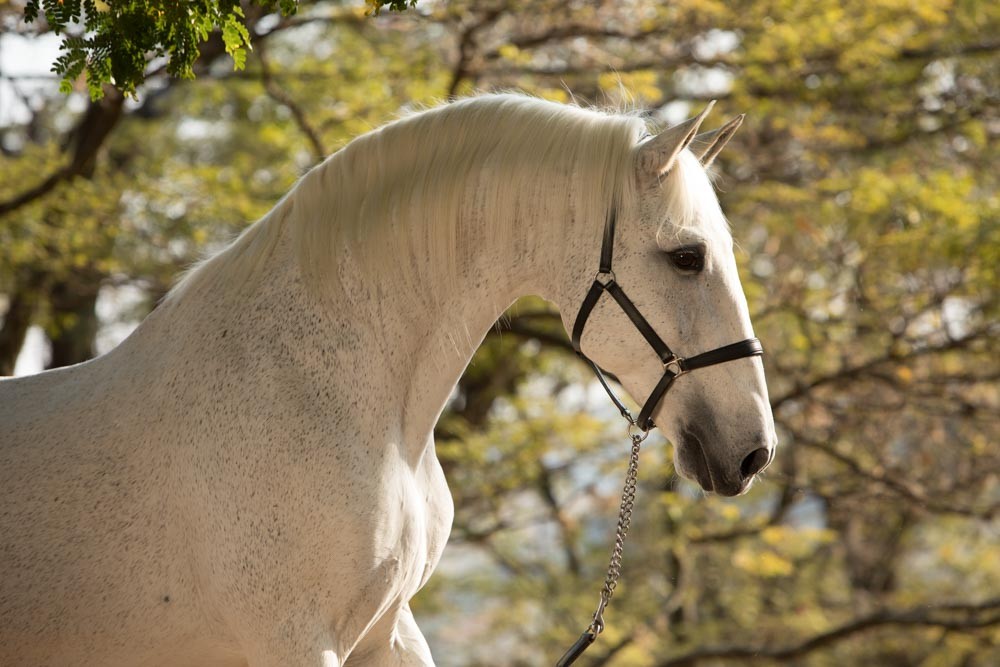 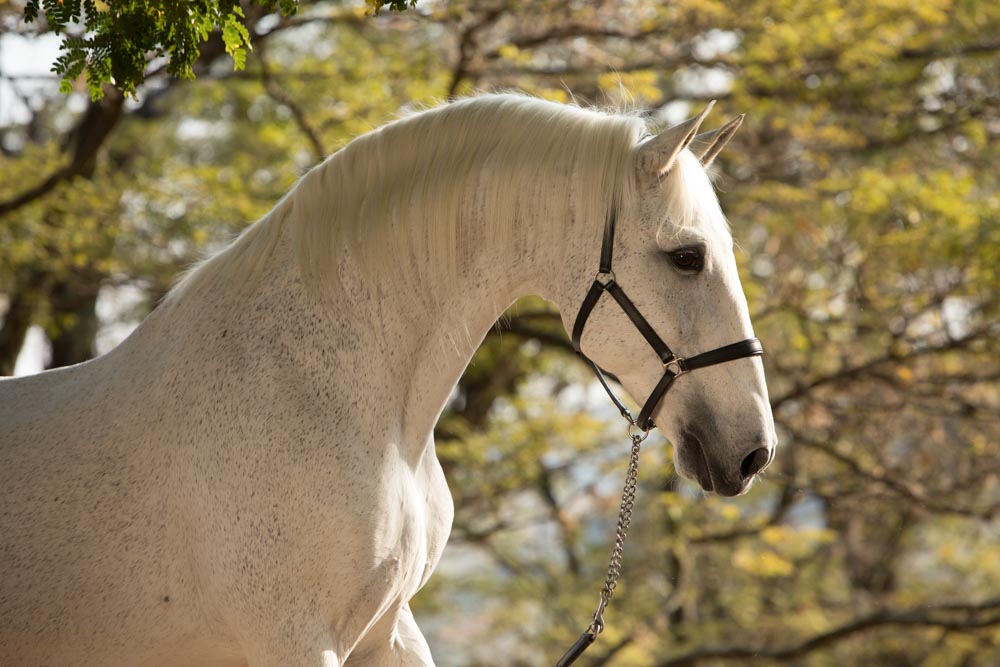 Itapira, SP, Brazil (September 1, 2017) – In the 24th international magazine cover for the prestigious Lusitano breeding and training facility, Interagro’s prolific sire Perdigueiro (MAC) was the face of HORSE magazine of Brazil’s August 2017 issue. As the country’s largest equestrian magazine, HORSE profiled Interagro as the largest breeder and exporter of Lusitano horses, as well as the farm’s role in the evolution of the modern Lusitano sporthorse. Young horse dressage champion Fellini Interagro’s ebony profile complimented Perdigueiro (MAC)’s bright cover presence on the issue’s inner spread.
Joining ranks with Zulu Interagro and Hobbit Interagro, horses bred and sold by the Brazilian stud and training center that have graced the cover or were featured in major publications including Allure and Horseman’s News in the past year, Perdigueiro (MAC) is one of Interagro’s most influential breeding stallions. By Habil (MV) and out of Fidalga (MAC), Perdigueiro’s refinement, movement, and presence have been an integral part of the development of the Interagro Lusitano. Standing at the farm since 2001, the grey stallion was revised with a score of 74 points by the Lusitano Stud Book and began his legacy at Interagro by imparting his beauty, athleticism, and movement to the horses of the farm’s X, Z, and A generations. Perdigueiro’s sons and daughters have gone on to successful careers as dressage horses, show jumpers, working equitation mounts, driving horses, and conformation competitors, and have been exported throughout the USA and Canada. His name is also a common sight on the pedigrees of Interagro horses sold during the farm’s illustrious national and international Yearling and Lusitano Collection auctions, including the 17th Annual Interagro Yearling Auction, to be held September 2, 2017.

Two of Perdigueiro’s sons have also earned the distinction of contributing to Interagro’s breeding program. Empreiteiro Interagro and Zingaro Interagro, both decorated dressage and working equitation competitors, are currently standing at Interagro and actively competing in the sport horse disciplines in Brazil. Both stallions are noted for their athleticism and beauty, but particularly for their affable temperaments which is a key characteristic sought by Interagro for their breeding stallions. The stunning buckskin stallion Nicola (MAC), another stallion on Interagro’s roster, is half-brother to Perdigueiro (MAC) via their sire Habil (MV) and is also known to produce sporty, willing, and exceptionally rideable performance horses. 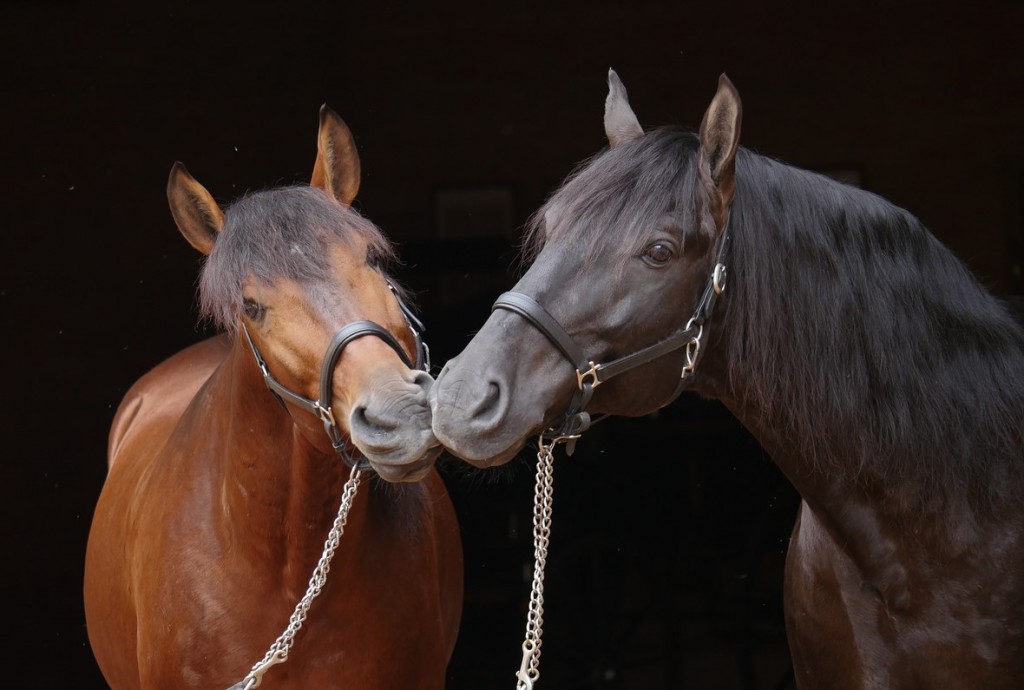 Interagro’s legacy of innovative breeding and the preservation of the purest Lusitano bloodlines can be seen in the elegance and grace of its 2017 generation. Even as yearlings, the Interagro sporthorse demonstrates the temperament, conformation, and movement characteristic of the modern Lusitano. With over 40 years of experience breeding, training, and exporting Lusitanos, Interagro’s mission is to preserve the exceptional bloodlines and qualities of the breed while showcasing their talent, beauty, and intelligence, especially in the FEI and sport horse disciplines. Established in 1975 by Dr. Paulo Gavião Gonzaga, Interagro’s initial vision was to preserve and restore the original foundational Lusitano bloodlines and lineages, many of which were in danger of extinction following the Portuguese Revolution of 1974. Through meticulous breeding and a dedication to the development of the modern Lusitano sporthorse, the Interagro Lusitanos of today continue that legacy as they compete across four continents.
For more information on Interagro Lusitanos, Interagro’s horses for sale, or the Lusitano bloodlines, visit Interagro’s website at www.lusitano-interagro.com or follow them on Facebook and Instagram (@interagrolusitanos). To organize a trip to Brazil or for any questions regarding sales, contact the farm in Brazil.
Media contact:
Equinium Sports Marketing, LLC | Holly Johnson | holly@equinium.com | 954 205 7992