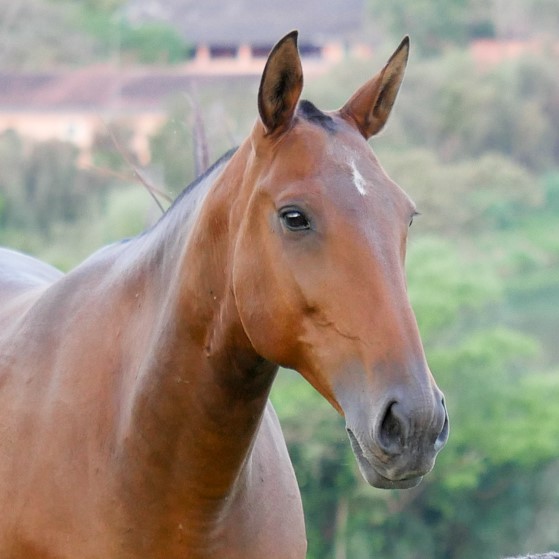 Bali was purchased at 2006 Luso Brasileiro Auction with her mother Riad Comando SN that was in foal again of the bay stallion Vulcão dos Pinhais. As every good horse has a story, with Bali it wasn´t different. Raid gave birth to another bay filly, reason why Bali was sold as a 2 years old in a ABPSL´s auction. Unfortunately Carinthia Interagro had an accident at the farm and passed away; six months after her death, Bali´s buyers, Haras da Frahncesa,  kindly sold her back to Interagro.