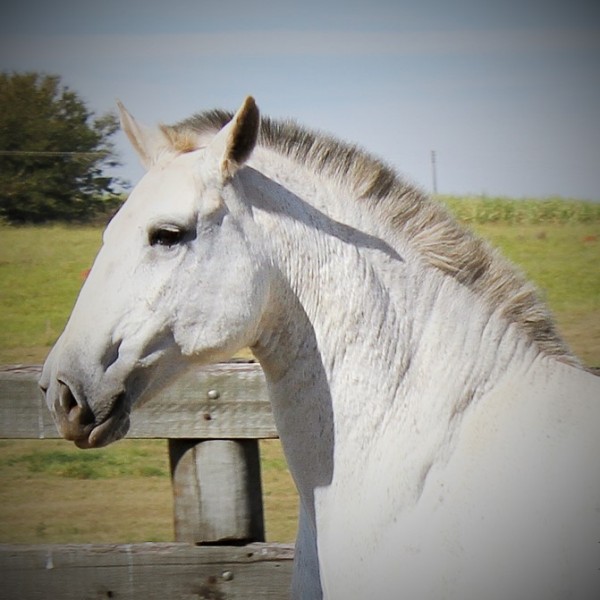 Batina is a mare of Veiga bloodlines with very correct gaits and rhythm.

Daughter of Latina (JNU) a top Núncio mare imported from Portugal when Mr. José Núncio, son of the famous bullfighter João Núncio – “the Caliph of Alcácer – agreed to sell his mares to Interagro. The extreme degree of consanguinity of the Núncio horses makes of their mares a precious genetic material which, when properly managed, produce the most typical and functional Lusitanos. Latina and the other Núncio mares at Interagro are no exceptions. One particular characteristic of the highly consanguineous Núncio horses is their late development.

Her sire, Ofensor (MV), is considered, without contest, the best stallion of the modern Lusitano breed. Ofensor not only won the highest morphology prize – Great Champion of the Golegã fair in 1999, but, what is much more important for the ranking of a stallion, the Sire-Progeny Great Championship in Lisbon, 2003. Ofensor comes from what is considered one of the best and most noble heritages of the modern Lusitano breed, the famous Firme (SA)/Nilo (MV)/Novilheiro(MV), probably the lineage of greater influence in the present day Lusitano horse. His father, Danúbio (MV), undoubtedly one of the most important stallions of the Lusitano breed, as his son Ofensor (MV) was also the Great Champion at Golegã and received the very exclusive title of Champion of Champions in Lisbon, 1987.  Ofensor served at some of the most prestigious Lusitano studs in Portugal, like his breeder Manuel Veiga (MV), Sousa Cardoso and Sociedade das Silveiras (SS) before being imported by Interagro in 2001.