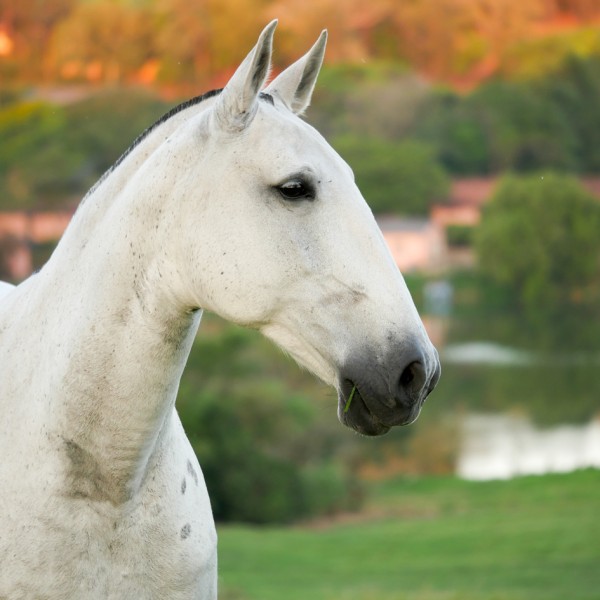 Daughter of Ofensor (MV) who not only obtained the maximum title in conformation, the 1999 Grand Champion at the Golegã Fair, but, what matters most in the real evaluation of the breeder, that of Sire Progeny Champion at the International Festival of Lisbon in 2003. Ofensor (MV) descends from the best and noblest in modern PSL genealogies, belonging to the remarkable Firme (SA)/Nilo (MV)/Novilheiro (MV) lineage, possibly the most influential in the formation of the current PSL. He served in the best and most illustrious stud farms of the breed, such as that of its breeder Manuel Veiga, Sousa Cardoso and Sociedade das Silveiras, before being imported by Interagro in 2001.

The dam, Redonda (MAC) was a daughter of the beautiful Larápio (MAC) from whom she inherited the refined lines and beautiful head and neck.