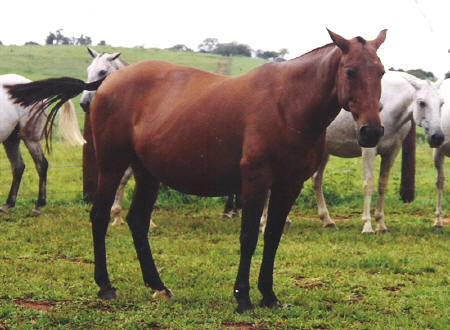 Formosa is the first daughter of Biluca do Mirante, one of the founding mares at Interagro. Biluca produced several champions like Formosa, Lindir, Nagaika, Mulata and Narsil (the last three exported to the U.S.) as well as Toriba (now in Ecuador), and Urano Interagro, the last one with Tuim (CN), who was for many years the head-stallion of Coudelaria Nacional in Portugal. Formosa produced the Brazilian Champion-Mare, Kiwi do Mirante, and Nali do Mirante, the latter exported to the U.S., and a score of very athletic and exceptional offspring.

Be the first to review “Formosa (BFI)” Cancel reply