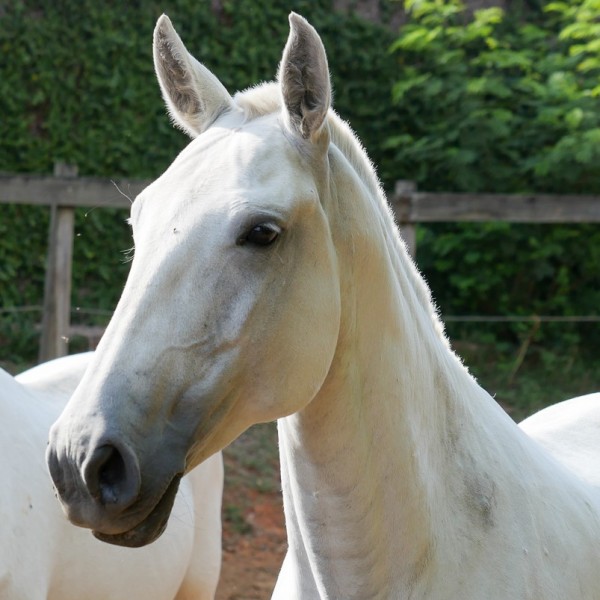 Freda is a mare of 100% Veiga bloodline, daughter of Ofensor (MV) who not only won the highest morphology prize – Great Champion of the Golegã fair in 1999, but, what is much more important for the ranking of a stallion, the Sire-Progeny Great Championship in Lisbon and Brazil. Freda´s dam Mina (MAC) was bred by the Coimbra Stud Farm in Portugal, sired by Distinto (MAC) prized in Portugal and Brazil and out of Dior (MAC), both by Zangado (MAC) giving Mina a consaguinity of high genetic level.

Be the first to review “Freda Interagro” Cancel reply