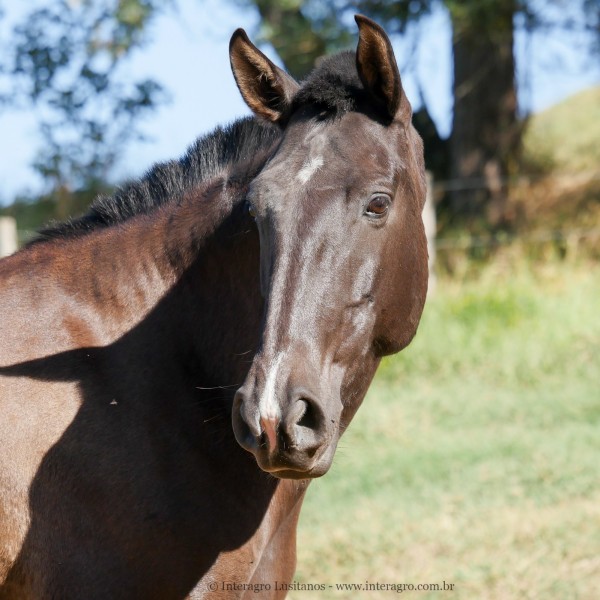 Her sire, the highly decorated Nirvana Interagro was a stallion of Andrade/Coudelaria Nacional lineage with an extensive successful career in classical dressage having competed in Brazil, the USA, France and Germany. Producer of highly athletic Lusitanos not only for Dressage, but also for Driving and Working Equitation; his offspring also show a lot of potential for jumping.