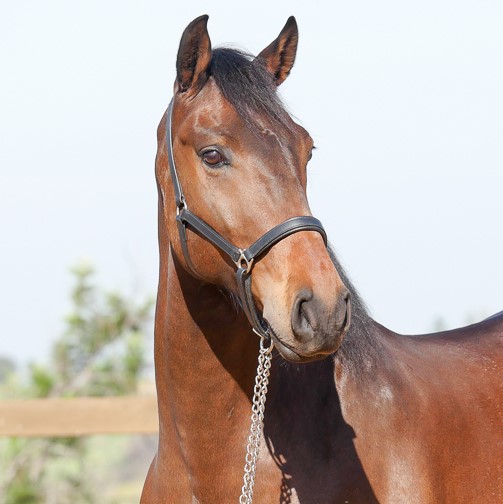 Impio’s elastic movement and exceptional conformation make this dark bay an eye-catcher. From the beginning of his training in June 2016 he has demonstrated a willingness to learn and an alertness to the rider’s aids. His three basic gaits are of superior quality, and he is currently training half-pass and flying change in preparation for his Fourth Level debut. Impio’s strength and capacity allow him to comfortably carry any rider, and he is most suited to experienced amateurs and professional riders due to his sensitivity to the aids. Impio’s intelligence and athleticism lend him to success in a variety of disciplines.

Profano Interagro, Impio’s sire, was the Gold Medalist at the 1998 and 2000 International Shows in Brazil, and has produced a wealth of exceptional offspring: