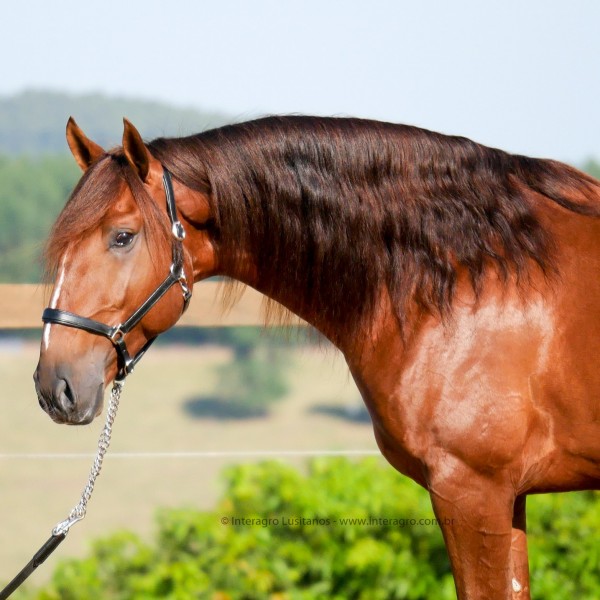 Jellicoe is a striking bright liver chestnut stallion with three beautiful gaits and a charismatic personality. His Veiga/Andrade blood is a desirable combination, and includes many top champions in his pedigree. Jellicoe has a wonderful temperament and character, always trying to please his rider and perform his best in his daily training. He is showing great skill at dressage, and is currently competing at Fourth Level at Interagro’s internal Rankings under FEI and international judges. His first crop of foals are in the Q Generation (born 2019), and he has produced buckskins and palominos.

Profano Interagro, Jellicoe’s sire, was the Gold Medalist at the 1998 and 2000 International Shows in Brazil, and has produced a wealth of exceptional offspring:

Be the first to review “Jellicoe Interagro” Cancel reply