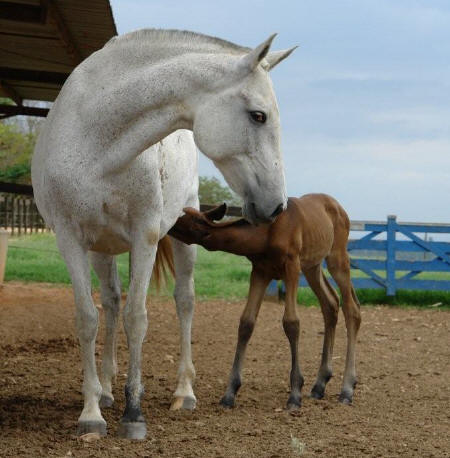 Mundana Interagro, one of the rare and extraordinary daughters of the fabulous Xique-Xique (CI), the stallion who gave the most important contribution to the formation of the Interagro horse. Mundana Interagro has distinguished herself by the top quality of her sons, all of them excellent performance horses with excellent temperament. Her son Quiproco Interagro was many times prized as Best working equitation horse of the year in Brazil before being exported by its new owners in 2009, her daughter Relapsa was prized in Dressage before joining the group of broodmares at Interagro. And his younger son, Herbert Interagro at Driving.