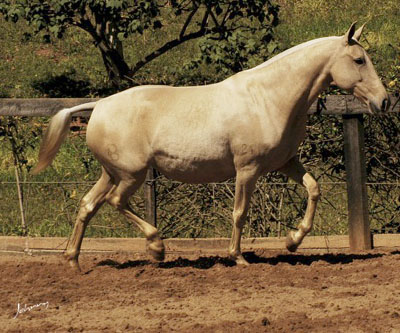 Noiva (MBR), imported from Portugal, was a daughter of Rabi (JM) and Unida (OI). Rabi (JM, a Veiga/Maltez stallion, left a very functional offspring, including bullfighting horses. The mother Unida (OI) comes from the Oliveira Irmãos stud, famous for its functional buckskin horses.