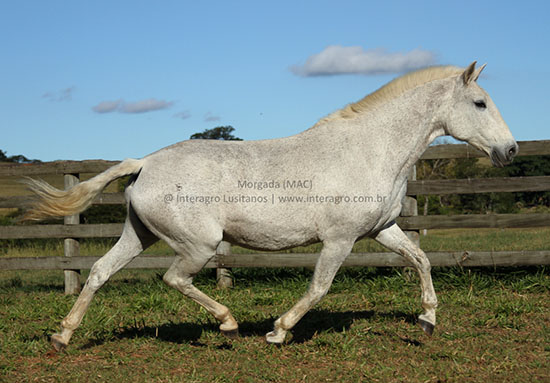 Nora Interagro, is one of the excellent daughters of the mythological Xique-Xique (CI), the most important stallion in the history of Interagro. Nora’s mother, Kipper (SA), is a fantastic mare by Zamorim (SA), who, with Urco (SA) and Yacht (SA), the latter now at Interagro, form the trio of the most important sons of Martini (SA). Nora’s fertility and quality is in great measure due to her dam, Kipper (SA), who has an Interagro progeny of sixteen to-date, and she is still active! The crossing of the Quina (CI) line with the Firme (SA)/Nilo (MV)/Novilheiro (MV) strain, especially when the latter is introduced through the fantastic Danúbio III (MV), is at the core of the development of the Interagro lineage. This crossing continues to be our preferred genetic combination due to numerable reasons: no risks, always rewarding and very predictable even though the offspring often demand more time than the other lineages to achieve maturity.

Be the first to review “Nora Interagro” Cancel reply