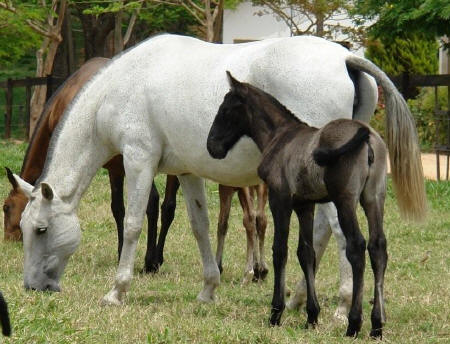 Daughter of Yacht (SA), a top Lusitano stallion with Capicua (MLC) – founding sire and mare of the Interagro lineage. Ordenada had the best combination of functional qualities desired from a brood mare. Capicua (MLC) was an exceptional mare head of a fantastic progeny that includes the dressage Champions Montezuma do Mirante, Nirvana Interagro and Zepelim Interagro, the latter two leaving excellent Interagro progenies. For these reasons Capicua’s blood has been preserved and largely introduced in our breeding program. Extensive volume of information about all the important names mentioned is accessible through the respective links indicated above

Be the first to review “Ordenada Interagro” Cancel reply