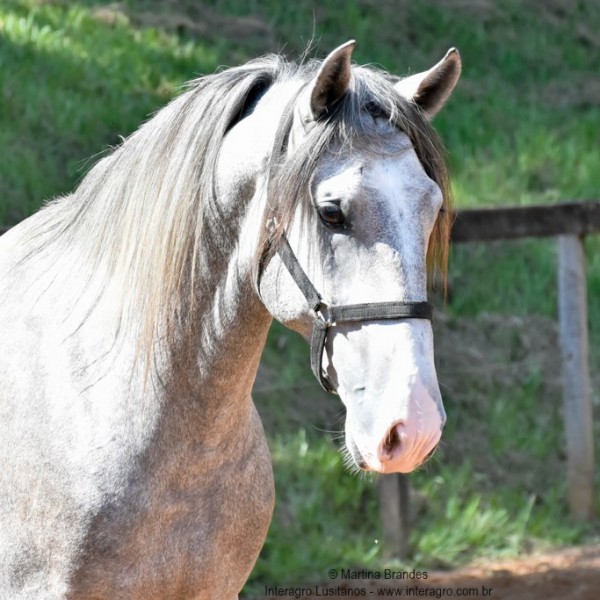 Quiosque is tall and strong colt, he is very expressive and sportive with superior gaits: lots of amplitude and free shoulders. He started his basic handling stage on January 24, 2022, which consists of accepting the blacksmith, loading and unloading trucks, allowing itself to be brushed, bathed and patiently dried on the cross-ties. Quiosque, due to his age, is not started under saddle.

He is from Luca Interagro‘s first crop of foals, an above-average stallion, with a very sporty conformation and gaits and with great coverage without leaving the breed’s typicality. Luca is a son of Viheste (AR) with Callas Interagro, a 70-point broodmare by Nirvana Interagro and Ordenada Interagro, who also produced Zepelim Interagro, stallion with a solid career in Classical Dressage and Vereador Interagro, who was awarded in Driving.

His dam is Evita Interagro, a gorgeous mare of excellent size and high scores at revision, a daughter of the awarded progeny stallion in Brazil and Portugal Ofensor (MV) . Her dam, Ninfeta Interagro, was awarded gold medal, champion in National and International Shows in Brazil like her mother Kiwi do Mirante.