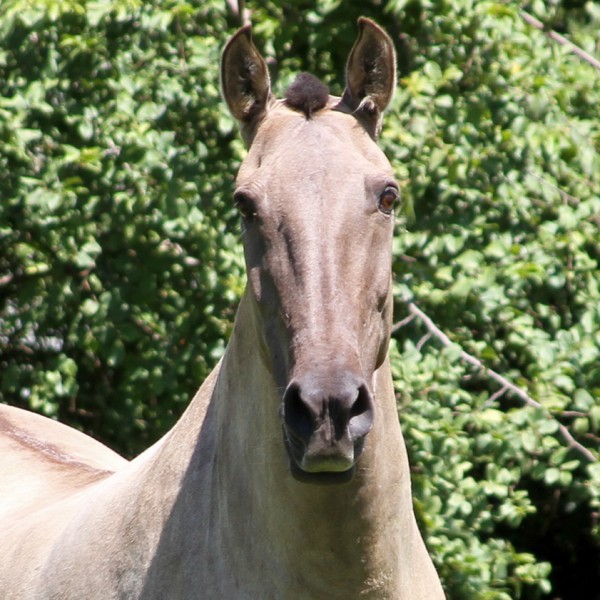 Upiki Interagro is a zebra-striped dark buckskin mare. Except for her height, she has the typical look of the ancient Sorraias, the wild horse of Portugal. Her dam, Kipper (SA), is one of the ten top brood mares at Interagro and still alive. Tufão Interagro [Nicola (MAC) x Cyclope (SA)], a beautiful golden-buckskin top stallion was bred to her five times and the offspring exceeded our most optimistic expectations. He was not only beautiful and unique in his appearance, but also a very functional horse, hard to describe without being influenced by his presence and charm.