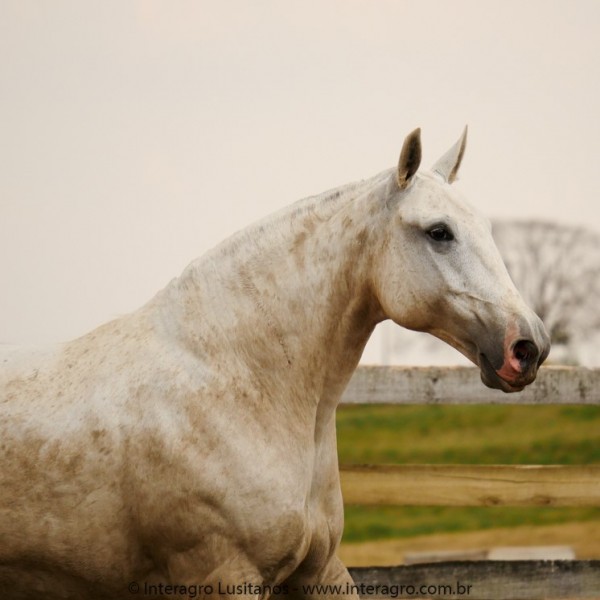 Merendeira is a strong and big young mare, she has good gaits and very good canter. Her dam is Esfinge Interagro, a daughter of Quixote Interagro, half brother to Ofensor (MV). Esfinge´s dam is Quinata Interagro, one of the most important mares of our herd, revised with 74,50 points. Among her products are: Vigia Interagro (exported to Austrália); the multi awarded Dressage stallion Baldor Interagro; Fronteiro Interagro (sold at 11th Interagro Yearlings Auction – 2010 and prized at Working Equitation), Hector Interagro (prized in Conformation, Dressage and Working Equitation before being sold to the US); and the broodmares Esfinge, Duna II Interagro and Gardênia Interagro.

She is the first daughter of Empreiteiro Interagro included in our breeding program, revised with the high score of 75 points. Empreiteiro is a bay stallion who began his career in the discipline of Working Equitation, and is currently schooling the Small Tour/PSG, demonstrating talent for all of the movements which seem to come very easy to him. Empreiteiro is also known for his willing, easy-going temperament, sharp mind, and a clear enjoyment of his work, making him a joy to ride and train. His offspring have very good gaits with lovely movement and suspension. He is the son of Perdigueiro (MAC), one of the most influential sires at Interagro.