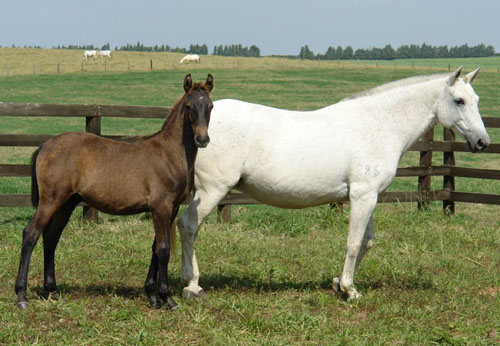 Peseta Interagro is one of the Interagro mares born from Tuim (CN), the Coudelaria Nacional (CN) official stallion ceded by the Portuguese Government to Interagro. Consoada (QF) from Fernando Palha’s breeding, is a daughter of Cryptogâmico (SA) who was acquired by CN to be used in their stallion leasing program. It is important to remember that Tuim and Cryptogâmico were approved in the days when Coudelaria Nacional followed a very strict selection process in which the stallions were first submitted to hard physical tests before approving them for reproduction. The Quinas and Andrades also followed recognized rigorous methods to select their stallions.

Be the first to review “Peseta Interagro” Cancel reply