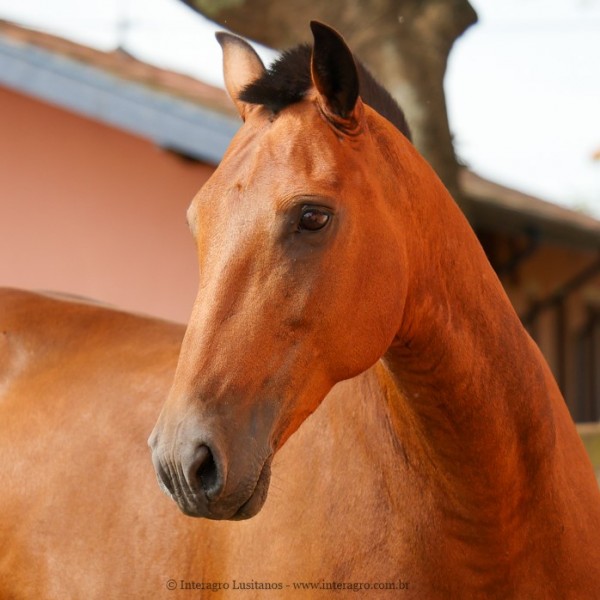 Bay brood mare of Veiga/Andrade lineage, Aglaia is a daughter of the exceptional Jutlândia (SA), Gold Medal at the São Paulo International Show in 1992 by Urco (SA), who, with his brothers Yacht (SA) and Zamorim (SA) were the three sons of Martini (SA), the stallion, son of Príncipe VIII (FCN) that formed the Andrade lineage. Jutlândia is the mother of Quinarius Interagro.