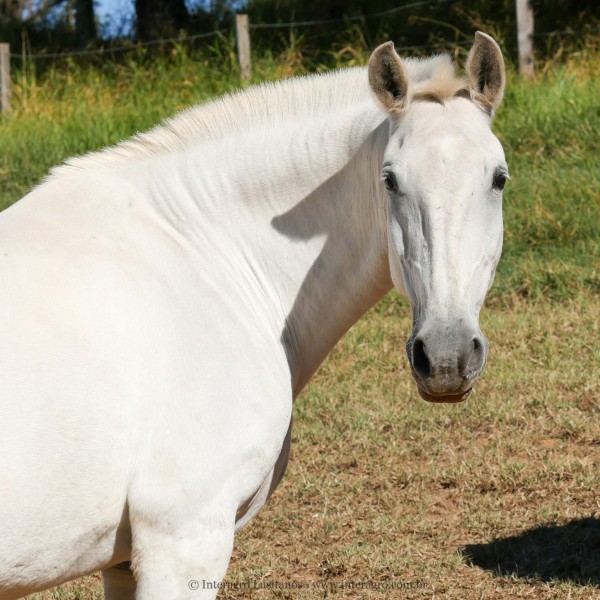 Her dam is the sensational Coimbra Radiosa (MAC), a very feminine and correct gray brood mare that produces equally beautiful and extremely functional Lusitanos, all with great movement and cadence. Radiosa is the daughter of Larápio (MAC), a beautiful stallion who served in Brazil before being sold to the USA. In addition to Radiosa, two more daughters of Larápio were imported by Interagro: Rainha (MAC) and Redonda (MAC). Among its products are the males Amintas Interagro and Hobbit Interagro, both awarded in Classical Dressage in the United States. Several of his daughters were and are used in our genetic program: the late black Ximena Interagro by Nicola (MAC), the full sisters Collection and Ginger Interagro by Ofensor (MV). His daughters are also the bays Quadrama Interagro by Bungo Interagro and Resposta Interagro by Luca Interagro.

Be the first to review “Collection Interagro” Cancel reply