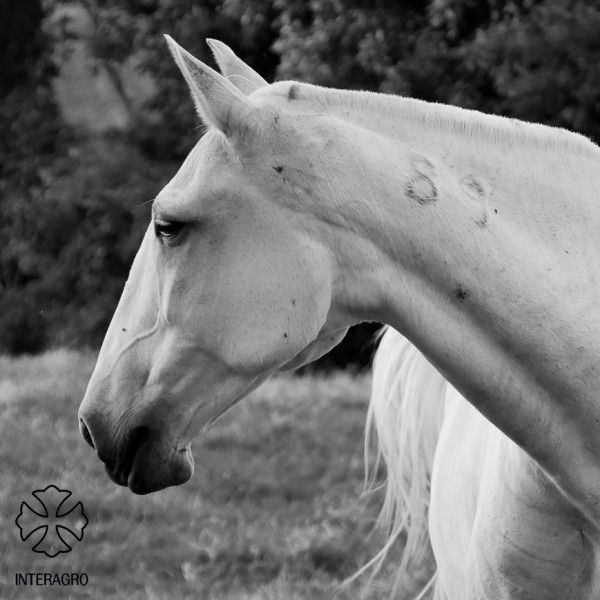 Radiosa. retired in 2021,  is a maternal sister to Perdigueiro (MAC).

Stupendous grey brood mare, very feminine and correct. Radiosa produces equally beautiful and extremely functional Lusitanos, all with excellent movement and cadence. Radiosa is the daughter of Larápio (MAC), a beautiful stallion who served in Brazil before being sold to the USA. In addition to Radiosa, two more daughters of Larápio were imported by Interagro: Rainha (MAC) and Redonda (MAC).